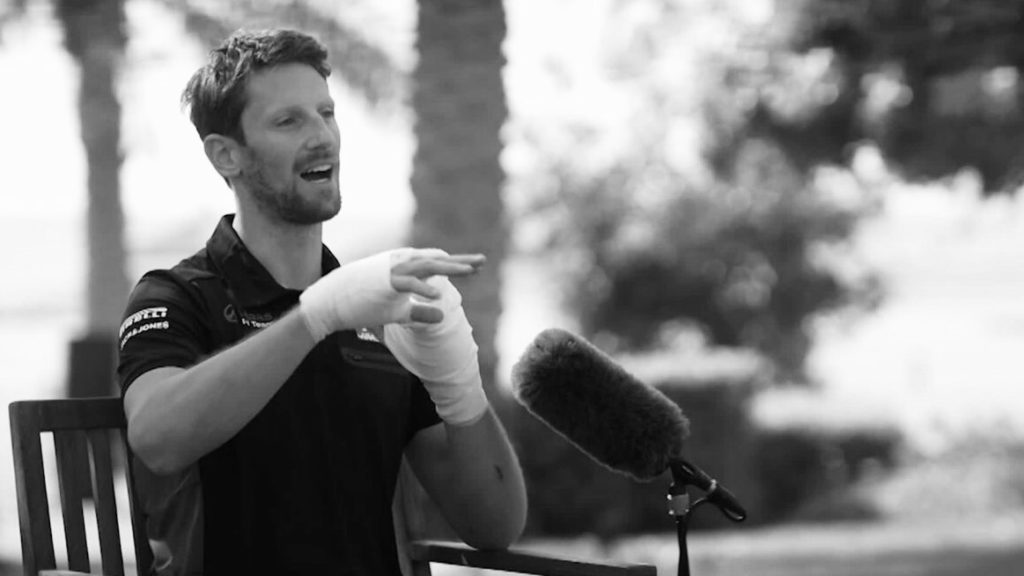 So I try again and I’m stuck so I go back. And then there’s the less pleasant moment where my body start to relax, I’m in peace with myself and I’m going to die.

Sometimes we are close to death, we are a bit scared. This time death for me was there. I named it Benoit, don’t ask me why. I just had to put a name on it. To me that looks like two, three four seconds. I guess it was milliseconds at the time. Then I think about my kids. And I said: “No, they cannot lose their dad today”.

I don’t know why I but I decided to turn my helmet on the left-hand side, but then I realise my foot is stuck in the car. So I sit back down, pull as hard as I can on the left leg. My foot came out of the shoe. And then I do it again and then the shoulders are going through. At the time the shoulders are through I know I’m going to jump out so I’ve got both hands in the fire at the time. My gloves are red, normally, so I see especially the left one changing colour and starting melting and going full black.

I feel the pain, that my hands are in the fire. But also I feel the relief that I am out of the car. And then I jump out, I go on the barrier. Then I feel pulling on my overalls. So I know I am not on my own any more, there’s someone with me.

Then I land and I’m like: “Shit, I’m like a running fireball”. The image, we’ve seen a video from the FIA, they did a test, they put someone one fire and he runs around just to show the overalls were strong. I’ve got that image, I’ve got fire following me.

They explained to me the ambulance is coming and they’re going to come with the bed. And and I say: “No, no, no, we walk into the ambulance”. I guess on the medical side it wasn’t a perfect decision, but it was key there was some footage of me walking. Even though I’d walk out of the fire, I needed to send another strong message that I was ok. 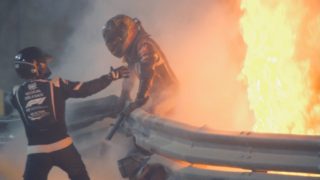 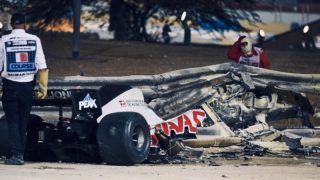 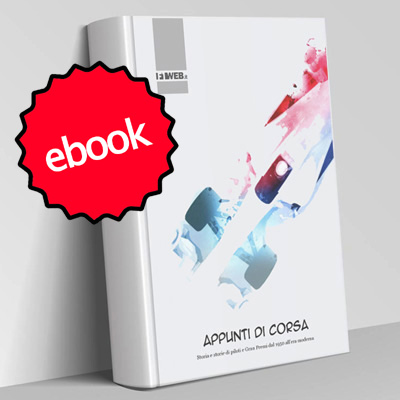